@rodZilla03 @BeyondtheballVA Come to Indiana and make history #LEO Cream and Crimson would look great on you! #IUFB

McFadden is the anchor for Indiana’s defense, which has become one of the best in the Big Ten this year.

A few weeks ago I wrote about his impact and Tom Allen’s recruiting pipeline to Florida. #iufb

New set of pro #IUFB jerseys ready to hang up!

IN TUTTLE WE TRUST #IUFB #LEO

@DevinEdward5 @JDogindy @Strigori @chengelis @Husker247BC It’s not about you or OSU. It’s about what rules were put in place by the B1G prior to the season. Those were the rules. After years of losing and being screwed over by the conference, #iufb fans can use something going in our favor. Reverse roles, I’m sure the opinion changes.

ICYMI: All of the notes and quotes from Tom Allen's weekly radio show. #iufb

@TheMopLady Can we pause for just a minute and revel in the fact that, out of all the B1G East schools, #IUFB fans are the ones who have the biggest gripe if OSU gets preferential treatment? Michigan, Penn State, Michigan State, none of them are in the mix. Just #12 ranked #iufb!!

@DevinEdward5 @Strigori @chengelis @Husker247BC Speaking for almost all #iufb fans here. We would gladly take a fake Big Ten Championship. Put an extra large asterisk next to it. No problem. We will take it.

A guy's gotta do what a guy's gotta do to win. Take bruising @IndianaFootball RB Stevie Scott. If he's asked to throw vs. top-20 Wisconsin on Saturday -- and he might be -- well, consider this ... #iufb 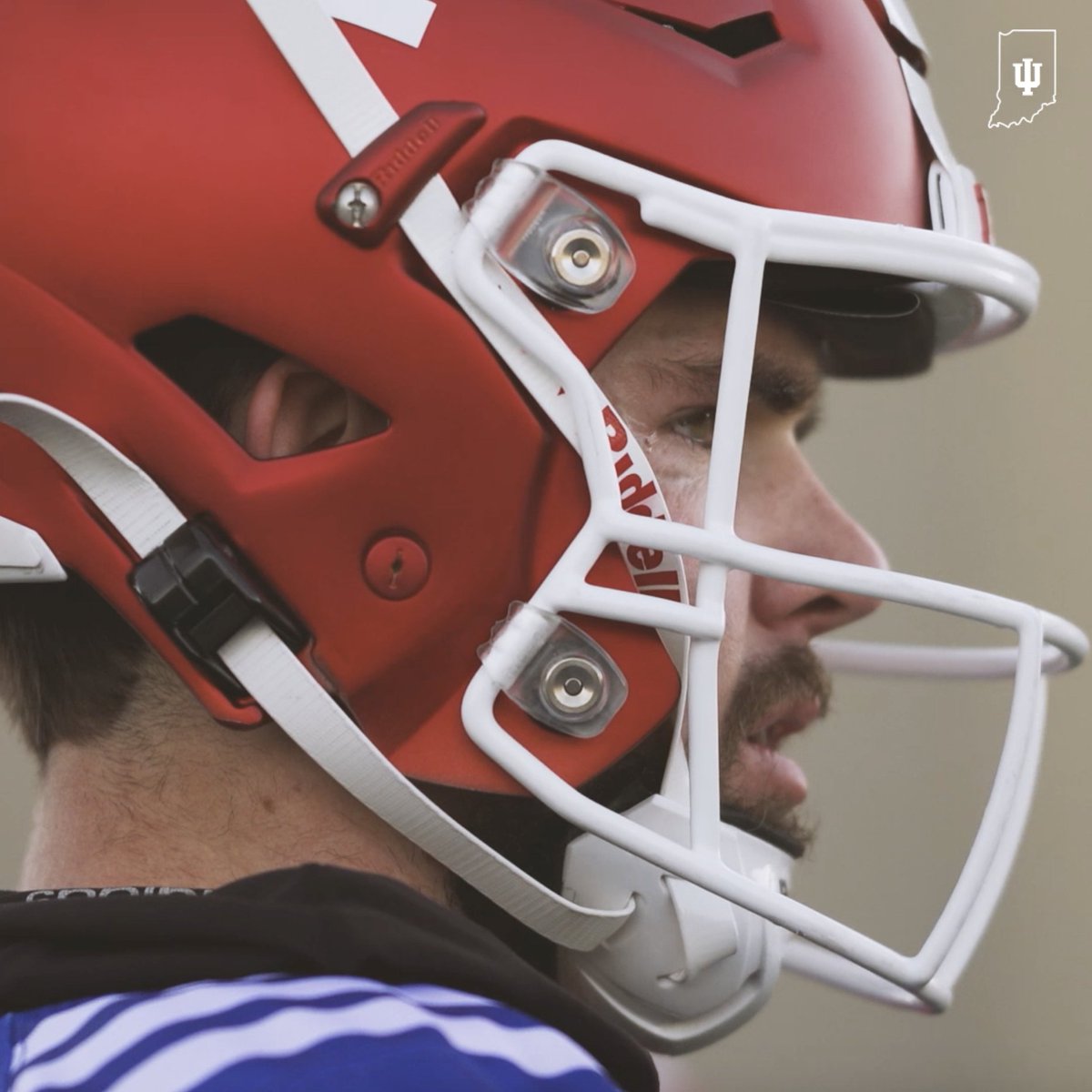 An opportunity to come together.

IU/Wisconsin predictions and #B1G picks of the week coming up! About 10 minutes to go! #iufb

All Picks and Projection Models

Big Ten / Ohio State will find a way to get into the championship whether it’s scheduling an opponent late or exemption. Done deal, sorry #IUFB fans.

Ten Takeaways: The latest on Indiana as Tom Allen's No. 10-ranked Hoosiers prepare for a road game at No. 18 Wisconsin. #iufb From @MB_Weaver 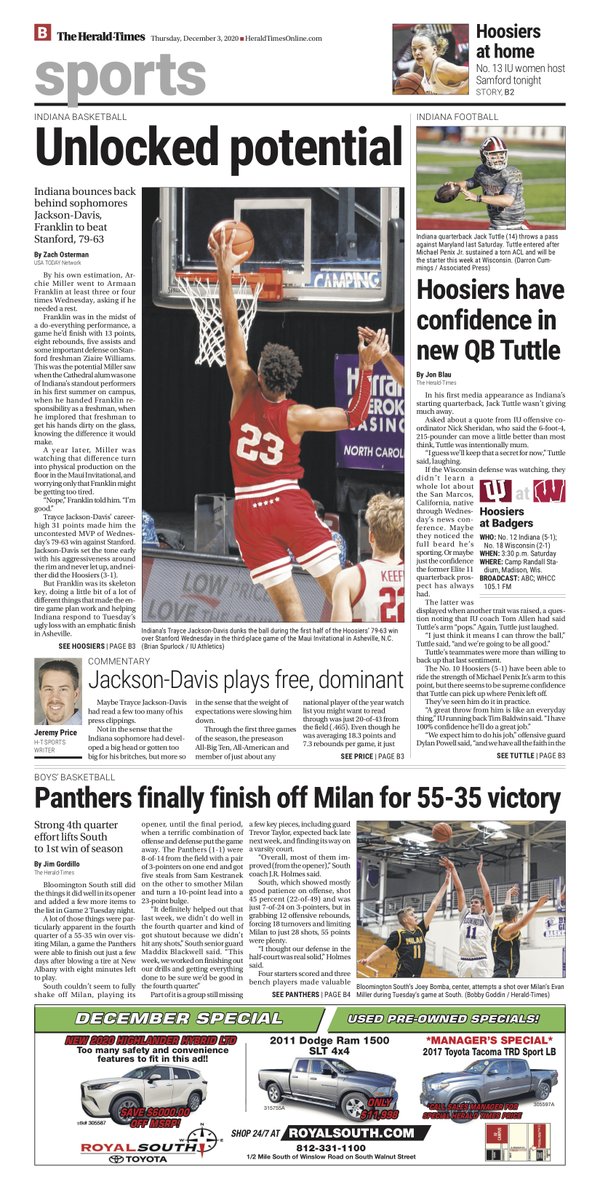 Someone tell me what situation would cause a team to miss as many games as OSU has and not have the rules changed for the title. Seems to me like illness is the best reason there is to justify the current rule. But no, let OSU go to the final only because its OSU. #iufb

- recap #iubb at the @MauiInv
- discuss the impact of Michael Penix Jr.'s injury
- preview #iufb's matchup at No. 18 Wisconsin
- give our #B1G picks of the week

Get all of the inside #iufb and #iubb recruiting and team info at @IndianaRivals.

AND a Christmas phone call from your favorite former IU bball player.

Fischer back to close out show. Reminds fans of game Saturday at Wisconsin and show will be back next Wednesday #iufb

Maybe they could play #IUFB again. I would like another crack!

Peoples says wisconsin is good program, states it'll be a physical challenge. We are never done preparing until it's time for kickoff. #iufb

Peoples says Indiana and Bloomington is a "beautiful place." Wife sells athletic equipment and notes it's prettiest campus.
"Feel blessed to be here. Coach Allen has not changed. Anybody who knows him knows he's same person and first class quality individual. " #iufb

So the Big 10 should have rules that apply to 13 football programs, and not to Ohio State? That's outrageous. Why have rules at all? 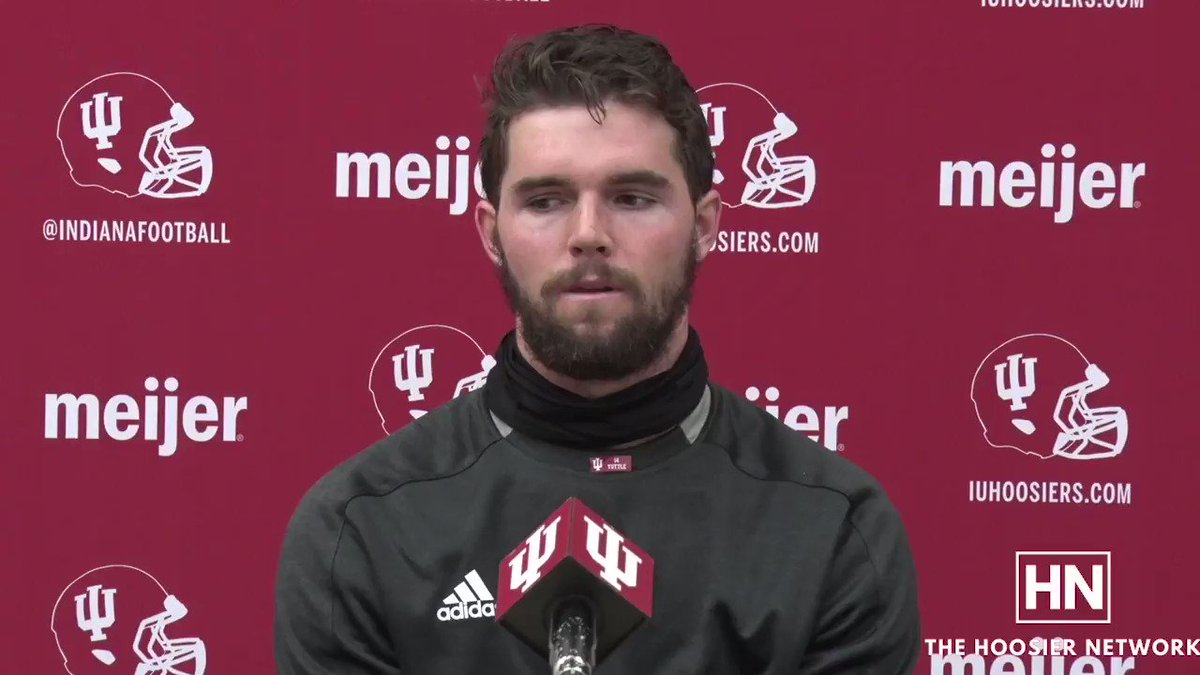 @CoachAllenIU said Jack Tuttle was the first person at the team's walkthrough before facing Maryland, even as the backup.

This mentality started in high school, and has helped @jacktuttle14 prepare to step in as Indiana's starting quarterback. #iufb #LEO 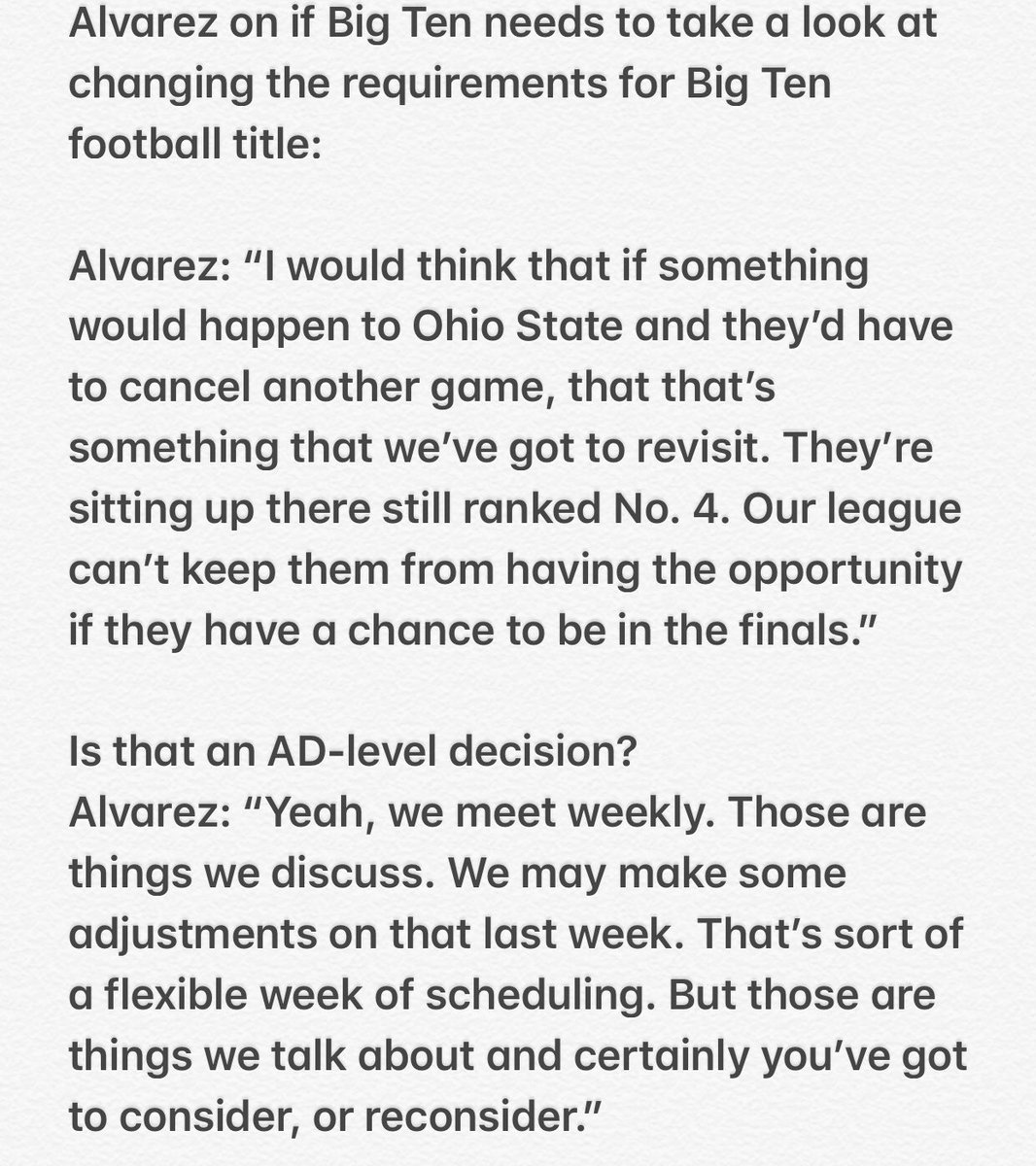 Wisconsin AD Barry Alvarez, who chaired the Big Ten’s return-to-play task force, had interesting comments today about Big Ten possibly having to reconsider its requirements for championship (with OSU in mind) From a conversation w The Detroit News today.... 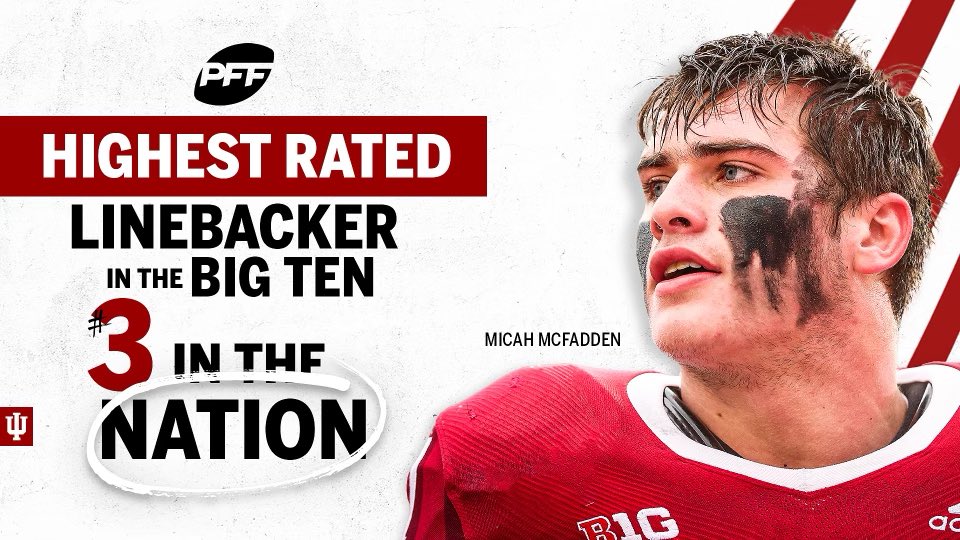